25 years on Fairtrade is still needed

Anne Salter has been a Fairtrade campaigner for the past 15 years. In February 2016, she had the opportunity to meet several Fairtrade producers, as a part of the programme ‘Empresas sociales exportadores’ with Social Enterprise UK from the Federacion de organizaciones sociales de Costa Rica and the British Embassy in Costa Rica. Here, she shares her story.

When I first met Karen Rodriguez, from Costa Rican sugar cooperative Coopecañera, she stepped into the small meeting room in Northern San José with folders full of detailed information. Technical specifications, marketing materials, letters of recommendation and introduction in both English and Spanish.

Since awarded their Fairtrade certification in 1999 they have had many successful contracts for a range of Fairtrade products, from sweets to cola in Switzerland, Germany and Italy. However figures from the Fairtrade Foundation showed that the retail value of Fairtrade sugar sales dropped by 5% in 2014[1], while import duties on cane sugar into the EU makes products increasingly hard to sell against the growing number of subsidised beet producers in 19 EU countries.

Despite being a Fairtrade campaigner for the past 15 years, I had never previously had the opportunity to sit down and speak to those we have been campaigning for. Karen told me about the 200 families of small producers who form part of their cooperative, each with an average of one hectare of land, working in harmony and respect with the local environment.

She told me of the importance of the fair pay for their produce, the training available to families to improve agricultural and environmental practices and the support for local schools and the community that the cooperative brings to the region. She also told me of the issues they face in finding the right partners to trade within the EU and the importance of this market that they are so dependent on, thousands of miles away.

Not only do Fairtrade producers meet Fairtrade standards, many go above and beyond what is required.  Apoya Naturalba, founded in 2013, are producers of organic Fairtrade coffee from the central valley region of Turrialba in Costa Rica. When I met their representatives Marie Beuchet and Marlene Camacho, they were keen to emphasise that, as a key migratory route for birds from the United States to South America, the company prioritises the protection of biodiversity in the region.

This core value is reflected in their vibrant branding.  However, despite the development of strong, marketable products, the low volumes they produce have meant that they are struggling to get their coffee into European stores.

I had to admit that my days of standing on the street dressed as a banana and campaigning for Fairtrade have waned in recent years. I’ve lost my energy to fight now that Fairtrade can be bought on most supermarket shelves. Why stand out in the cold talking to strangers when the Nestles and Cadburys of this world have already heard the message? Job done?  Not at all.

Listening to these smaller producers made me realise what had captivated my mind at school when I first started campaigning for Fairtrade. We, as consumers, have the potential to improve the lives of thousands of people around the world, simply by choosing the right product in our shops. It’s a simple message that 25 years later still stands, and is still desperately needed.

More than 1.6 million farmers around the world are benefiting from sales of Fairtrade products, through direct trade and the new sourcing programme. Although the latter is an essential next step to changing the world trade system, in 2015 the Foundation reported the first fall in Fairtrade retail sales in the UK in their 20 year history. A reflection of consumer’s switch to low budget supermarkets, in 2014 the value of retail sales fell by 3.7%.   With 31% of shoppers saying they actively seek Fairtrade products, we’ve still got a way to go.[2]

There are producers around the world who are Fairtrade certified and are unable to find buyers for their produce. They can offer good quality products and are ready to do business. Let’s not stop now. We must continue to generate the demand. From your local Fairtrade shop, faith group, online or in store. Let’s continue to push for the thousands of producers facing unfair trading terms and use the power of our everyday purchases to support communities and natural environments around the world. Go on, support Fairtrade this Fairtrade Fortnight.

Find out more about Coopecañera sugar or Apoya coffee products.

Images with thanks to Coopecañera 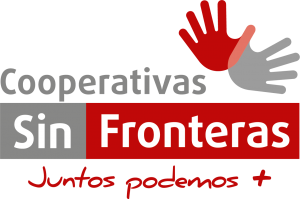